On Tuesday 14th of June, the minister of Finance Matia Kasaija read the National budget planned for the FY 2022/23. We look through some spot outs of what it is, what it entails, and its effects on the economy and the citizenry.

Overview of a budget

The major purpose of a public budget lies solely in the allocation of the scarce resources to public competing demands so as to attain societal goals and objectives.

The budget goes through a series of phases: 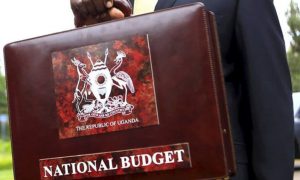 The Parish Development Model is the lead driver project to receive 1.059 trillion for 100 million per parish countrywide. Forecast about its effectiveness has yielded positivity due to the reduced bureaucracy, and increased involvement of citizens in Government projects,” Matia says”. However, a question stands, with delays in funds reaching the sub-counties in prior periods to the extent of the financial year end will the funds stated reach parishes within the fiscal period? Commercialization is the way to go if we are to have a monetized economy, the PDM is majorly designed to uplift people in the agricultural sector which accounts for over 70% working force however with limited skills.  Is the targeted 39% ready to drive commercialization?

The government has availed 100bn to Emyooga, a project aimed at providing funding to over 17 categories of skill evenly through the communities. With its ineffectiveness in the first phase (percentage withheld )[ https://www.parliament.go.ug/news/5265/emyooga-was-poorly-executed-parliament], will the 100bn yield result? How smarter is the Government ready to re-implement this? There’s surely a need to borrow a leaf from projects like “Entandikwa, and Bonna Bagaggawale”, strengthen supervision, and curb corruption for their achievement to happen.

In order to ensure the government receives forecasted funds, different tax measures were introduced. In a bid to widen the tax base, the government has undertaken to amend various tax sections. The following amendments took effect from 1 July 2022:

VAT (Value Added Tax). Is the Tax payable on goods, and services for the value gained at different stages of production, and distribution? VAT-exempt products were amended to include: the supply of oxygen cylinders or oxygen for medical use, the supply of assistive devices for persons with disabilities, the supply of airport user services charged by the Civil Aviation Authority, Repealed the exemption on VAT on imported services used in the provision of an exempt supply.

Stamp Duty. is a duty payable on every document that confers any right or liability upon being created, transferred, limited, extended, extinguished, or recorded.  Amendments were made to effect a nil Stamp Duty to;  Agreements relating to the deposit of title deeds or personal property or goods to another as a pledge or as security for a sum of money borrowed,  agricultural Insurance Policy, Security Bond or Mortgage Deed executed by way of security for the due execution of an office, or to account for money or other property received by virtue of security bond or mortgage deed executed by a surety to secure a loan or credit facility, Clarification of the rate of Shs. 15,000 applicable on the transmission of property from the Administrator of an Estate to the Beneficiary.

Excise duty. This is a type of tax charged on goods produced within the country. Amendments were made to the same as Clarification of definitions of various products that attract excise duty such as spirits and juices, reduced excise duty applicable on opaque beer and fermented beverages made from locally sourced raw materials to 12 percent or Shs.150 per litre, whichever is higher.

Will the budget be achieved to drive the proposed agenda?

A lot of effort is needed to ensure the budgeted figures are realized. The government is under pressure to improve public sector performance and at the same time contain expenditure growth. Citizens are demanding that the government be made more accountable for what they achieve with taxpayers’ money. Government should tackle endemic problems in Uganda like corruption to ensure that funds raised under the budget are directed towards intended objectives.

FOR GOD AND MY COUNTRY

My internship experience at Dativa and Associates

I am Namulindwa Phiona, a BBA student of Makerere University Business School. I am currently…

Financial and behavioural discipline a key player for survival during covid-19 pandemic.

You are not alone, it obviously sounds cheesy but our relationship with money is often…

Copyright Dativa & Associates 2022 - All Rights Reserved
Back To Top
×