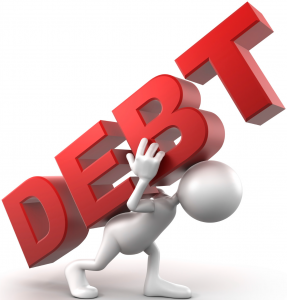 Most countries at one time borrow; this is usually because of the complexity and increased demand for better goods and services amidst changing roles of government and limited tax resources in relation to the planned public expenditures. While it is considered an optimal decision for governments to entirely rely on domestically generated revenues from taxes, public borrowing is at times sought to bridge the resource gap between tax revenues and expenditures. Uganda’s total public debt has been rising gradually over the years. As of the end of December, the total debt stood at shs73.5 trillion (equivalent to $20.7b), of which the external debt amounted to UGX 45.72 trillion and domestic debt amounted to shs 27.77 trillion. This represents a nominal debt-to-GDP ratio of 49.7%. The substantial increase in Uganda’s debt was mainly due to the need to support the economy and preserve the welfare of households as a result of Covid 19 and other external and domestic shocks. It was also used to finance the shortfalls in domestic finance.
However, due to extensive analysis and predictions, there is a likelihood of Uganda defaulting on the debt obligation. This means that when the need for more borrowing arises, Uganda will attract a higher interest rate on loans from external sources since the ability to pay back is becoming questionable. Hence the lenders will attach more stringent conditions to recover their money in case it is offered. Further, the substantial rise in the debt is now affecting the budget. This is where a bigger chunk goes to debt servicing at the expense of key developments of the Country such as human capital development. Although the Government of Uganda claims that the public debt is sustainable, there is fear of reaching unsustainability levels in the near future. Henceforth, the following ways should be adopted by the government in a bid to minimize the risks associated with rising debt.

Financial and behavioural discipline a key player for survival during covid-19 pandemic.

You are not alone, it obviously sounds cheesy but our relationship with money is often…

Many of us do not know how to bring ourselves to order. This is one…

Financial Inclusion: Is Uganda on track?

Financial inclusion is the new buzzword in international development. From promoting Bonabasome, bonobagagawale programs to…

Copyright Dativa & Associates 2022 - All Rights Reserved
Back To Top
×